The Goodbye Look: Words of Wisdom from a Hardboiled Writer 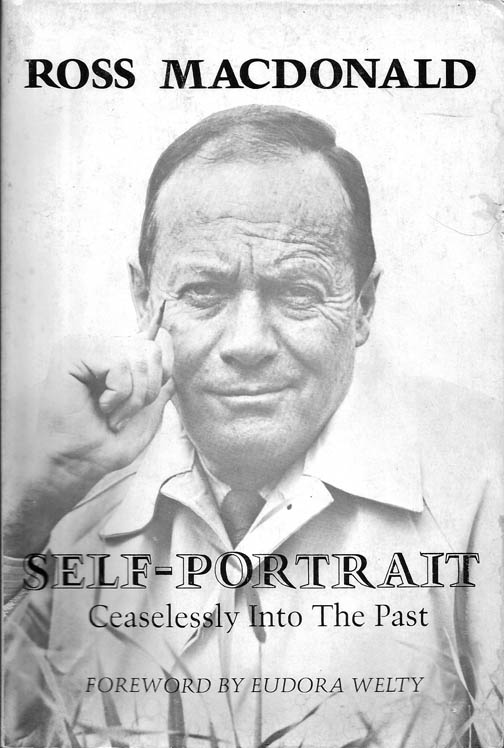 Raymond Chandler is still my favorite of the hardboiled writers, and Hammett, of course, practically invented the genre, but for my money the most thoughtful and considered practitioner of the genre is Kenneth Millar, who wrote under the name Ross MacDonald. He's also the most autobiographical hardboiled novelist ever, turning deep swaths of his own experience into conflict for his characters.

I've been working my way through his volume of casual memoirs, but it's slow going -- not because it's dull, but because every few pages I come across something that hits home for me, and my mind wanders off down that half-guided tangent. Today I came across a passage that struck me as so correct and universal in its application that I have to share it here.

In a piece called "In the First Person," he writes:

A novelist has the ability to go back, clear to the very beginnings of his life, his troubles, his sorrows and convert them into something that will be pleasing and satisfying to him, and meaningful to other people. I can take a three-year-old's loss of his father, which was nothing but an undiluted sorrow at the time, and make a whole book out of it. Thousands of people will read and understand and use it to explain, in an imaginative sense, some of their own trouble. We all suffer terrible losses, we all go through the troubles of life. The purpose of art is to put them in a context so we can see not just the troubles but the meaning of them, where they came from and where they lead. It isn't sorrow and trouble we can't stand, but meaningless sorrow, trouble that leads nowhere. A novel helps us all, including the writer himself, make sense of our lives.


The writer lives life more fully, more intensely and more sensitively than other people. But he does it through a screen or a glass and as you become older in writing, you find that the best things and the worst things that happen to you are on paper. I suppose that is what art is all about. It's a transfer of life, from living and breathing, to some other medium where it can be seen more steadily, and at the same time with feeling but without the intense pain, without the numbing, blinding and terrifying pain that life gives you. It enables you and your readers to pass through experiences which you could hardly survive in life, but which in fiction can leave you not only unhurt, but even enhanced with more understanding of what life is.

I was struck so powerfully by those two paragraphs that I had to stop reading then and there. I wanted to leap up and start pacing around (pacing is actually how I write. Like Mr. Earbrass in Edward Gorey's The Unstrung Harp, I belong to the "straying, not sedentary" type of writer and am rarely to be found at the keyboard unless I am actually typing something).

But Patches was sleeping contentedly on my lap, and I didn't want to disturb her. All I could do was turn my head and look out through the porch widows at the stand of trees that I am slowly growing attached to, drifting in the breeze.

Suddenly I realized why I'm still not ready to return to work on my novel-in-progress, and the knowledge brought tears and hyperventilation.

The pivotal (not main) title character has just lost his job, his only means of livelihood, and is in the process of losing his sense of self altogether. I'm at the point in the story where it is about to get very much worse. He is about to lose absolutely everything in a tidal wave of chaos that will push him right over the edge.

I can't write that scene now. My own recent tidal wave is still too close in the rear-view mirror. The perspective of distance is required.

The very next thing I read in Mr. Millar's book was the beginning of another piece. It read:

Knowing exactly where he is is as important to a writer as it is to a blind man. To most of us, loss of place is as radical as loss of vision: we seem to be able to see only what we know.

I can feel that I've begin to set down roots in this new universe, but they aren't strong yet. That takes time.