What a Difference a Voice Makes 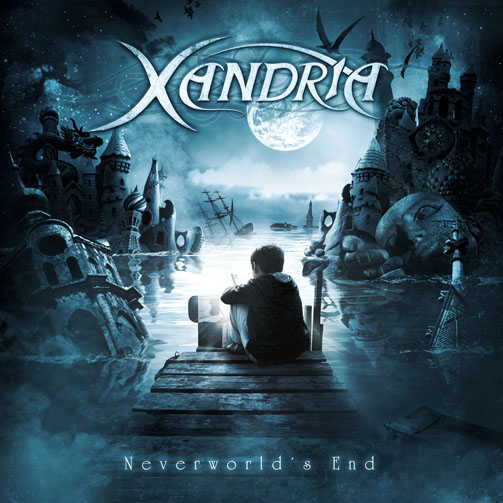 Another item in my blast of New Music was this: the latest album from a German group called Xandria. Wikipedia labels them “symphonic rock;” I’d call it a pretty typical blend of gothic metal, more pretentious than some. I’d listened to samples of their earlier work and was not moved enough to give it a spin. OK, it’s metal, it’s gothic; been there, done that. There was a little bit of an Indian influence; that’s been done, too -- Dead Can Dance practically ran it into the ground for my taste.

Then I played the samples for their brand-new album, Neverworld’s End, not expecting anything different. And all of a sudden, there was this ... voice.

This operatic voice. Not at all the kind of thing you commonly hear in a gothic metal band, and yet immediately when you do hear it, the lightbulb goes on over your head -- why in hell didn’t anyone think of this before?

Manuella Kraller is her name and on doing a little research I find that she is what they call a “spinto soprano.” I’m not sure what that means in technical music language, but in practical terms it means that she can bellow like a gale force wind, soar up to nail those high notes, and draw back almost to a whisper. The other members of Xandria, especially Marco Heubaum, the band’s founder, had best get down on their knees and thank the powers that be that they found her. When the material is good, she makes it sound fantastic. When the material is merely OK, she holds it together and keeps you listening. Don’t believe me? There’s a trailer for the album, with its highs and lows and everything-inbetweens all represented, online at youtube. You can check it out it here.

Did Heubaum’s songwriting get better when Kraller joined the group? Did he realize that he had more to work with? I can’t say; I haven’t heard enough of the band’s earlier efforts, and I doubt that I’ll go there. But especially after hearing Kraller, the earlier albums sound tepid.

Even with Kraller doing her Valkyrie thing and shaking the rafters with the guitars wailing all around her, Xandria doesn’t displace The Birthday Massacre as my favorite new band; there is that element of pretension I mentioned above -- Heubaum really seems to be trying for Profound with some of his lyrics, and y’know what? He succeeds in being about as profound as a Blue Mountain Arts greeting card. Also, some of the songs are burdened with a kind of jerking riff, like a car that’s stalling, stalling, stalling before it finally starts to purr. Still and all, when everything clicks, which it does several times during the course of the album, it’s quite lovely in a metallic sort of way, and with Kraller in the bow of the boat, spearheading it so to speak, it does achieve a kind of symphonic grandeur.

I definitely hope that they can hang together long enough to produce another album. In the meantime, are you a bass player? They need you!