A pinch of This, A Handful of That, and a Swift Kick to the Gut 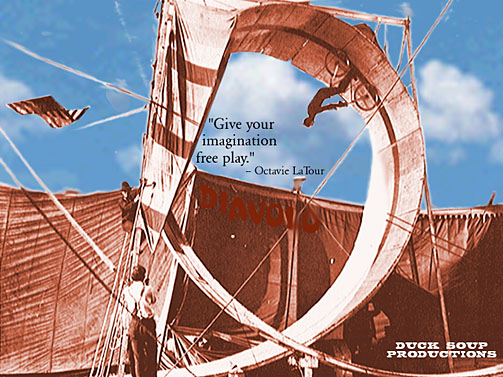 Item! Jetta’s back. Jetta the car. The body shop only had her for all of two days. That’s hardly anything for a facelift. She looks as good as new, as good as if nothing ever happened.  To look at her, a person could almost dare to believe that the last couple of months were just a bad dream. I basked in that fantasy for a couple of days. . . One clings to to the little hunks of driftwood that come our way. . .

Item! ‘Twas Movie Night at the DuckHaus this past Friday, and three-quarters of the Maine Branch of Confuse-A-Cat Ltd., otherwise known as the kind folks who took care of my feline friends while I was detoxing at 4 East, gathered to watch Hugo. I believe it’s fair to say that the feature got a thumbs up all the way around, although I think there was some disappointment when they realized that Spy Smasher’s sidekick actually perished  getting the title character out of the cliffhanger in this week’s installment of the serial.

I’ve written about Hugo before here on the blog, so won’t flog that horse again (but do get your hands on a copy, flat or 3D, it makes no difference, just see it. If you care about movies at all. If you’ve ever wondered who that old couple down the street used to be. If you once were someone yourself, but got stuck somewhere along the way. This is your movie. Once again I had to brush away tears, hoping my guests didn’t notice).

As it turned out, I had room for another guest and two candidates to fill the seat. But one of them, I strongly believe, had a curfew that needed to be met, and the other --

-- I’m too ashamed to call her anymore. She put some work into my well-being, and I shot that full of holes. I did hope early on that we could carry on in some way out here in the real world, but my sense is that I gave up that right with my last hospitalization.

The last time we did Movie Night, I had jumped off the wagon and I broke the surface only briefly to get through the event before drinking myself into oblivion again. I did my best under the circumstances, but I was not much of a host, and my house was a pit. Thank heavens the movie (The Assassination Bureau, with Oliver Reed and Diana Rigg) was a good one.

This time the house was clean, I was sober, it was a better experience for everyone. Whenever I think that a drink might be a good idea, allI have to do is look back on that other weekend.

Item! Of course, what should come in the mail the very next day but the notice that my driver’s license is suspended effective August 16. I didn’t know that they could do this before there was even a hearing, so yes, this came as a surprise and rather a blow to the nether regions. On the other hand, I guess the sooner we get this over with, the better. And thank goodness I live in town now, within walking distance of the grocery store. Although it makes looking for work virtually impossible.

It dawns on me that I may not have have come out and said it in so many words here on the blog: I’m facing charges of OUI and Leaving the Scene of an Accident in Maine criminal Court, stemming from that fateful day when I didn’t just vacate my old job, I poured gasoline all over it and tossed a match in its general direction. I guess I don’t do things small. Or, rather, I guess my thing is to let issues stew too long, stoking and stoking the fire well past the time when I should have done something, until I just blow and god help anyone that’s in the path of destruction.

Item! There’s still so much free music on the internet that if you know where to look you can fill iTunes near to bursting without spending a cent. That’s what I’ve been doing this afternoon. I’d spent a few minutes over the weekend flipping through my collection of vinyl records, and that got me all nostalgic; I needed to plug a few holes.

The tour through the vinyl happened because I wanted to share some memories with J___, the coordinator at the outpatient therapy group. She told me this morning that she thinks there’s a happy person inside me somewhere. Maybe so, but I don’t have the key.