Into the Blue Unknown 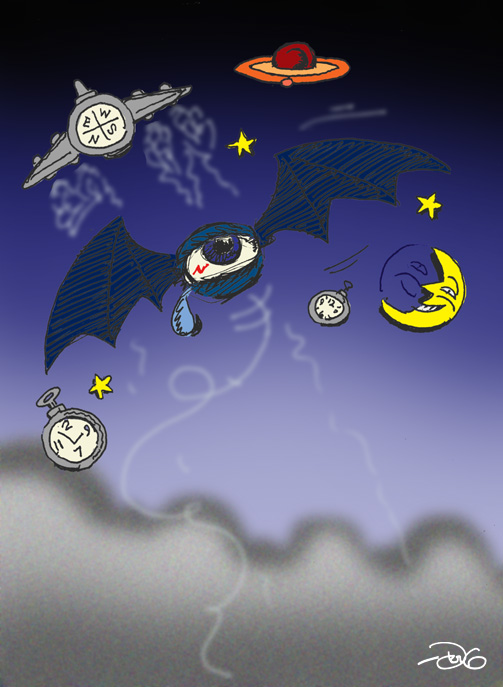 Well, now it begins. Ever since pouring gasoline onto my Status Quo and throwing a lighted match in its general direction, I’ve been kept more or less occupied with this, that and the other thing. For a while, these occupations could be as simple as “Discovering What Happens to Yrs Trly When He Is Taken Off of Anti-Depressant Medications.” Regretfully, a number of my friends got caught up in that particular occupation, while it lasted. Looking back on it, I think that mortifying episode plays like something out of the diaries of Anais Nin.

(What I learned, among other things, is that anti-depressant medication is not simply a whim or an indulgence for me: it is a matter of life and death. No, I’m not trying to be Dramatic. This is strictly Jack Webb “Pass Me The Facts Ma’am and Leave the Color to Charlie Kurault” stuff. Prozac, Wellbutrin, I really don’t care what you put me on, but if you take it away from me I’ll be drinking within days and dead with a month or two, and that’s a promise, not a threat. When two members of the group I’m going to talk about in a moment noted that they were going off of Wellbutrin, I joked that they would have to pry my Wellbutrin out of my cold dead heads -- except that, like most of my jokes, this one was only intended to be Half Funny).

For just over the past month, my weekday “job” has been attending the mental health outpatient program that I was referred into following my last stay in 4 East. That job came to an end yesterday. I was given my certificate and my rock and sent packing.

It was time and then some. But now the days loom ahead of me without any kind of structure imposed from the outside . . . oh, and with no driver’s license to allow any escape from the house!

I can’t say that I was a terribly vocal or active participant in the group, but it gave me a reason to get up in the morning and a place to go every day at a time when I badly needed those things. It put me in the company of people who were at least as depressed as I was. More important than any of that, it kept me in front of some professionals who could casually check my thermometer, so to speak, and when my mood started heading dangerously, suicidally into the red they were quick to act and adjust the medication.

Now, with the IOP behind me and nothing but time on my hands, I have no excuses to hide behind. It’s time to start putting some personal projects back into motion. Not that progress in these areas will be visible to the outside world for some time to come. That’s the trouble with so-called “creative” work, although I hate, really hate that classification: from the outside, it doesn’t look like you’re doing anything.

D____, the administrator of the IOP, saw me diligently doodling away in my notebook every day, and told me that I was “getting ready,” unconsciously, to do some real work. By Hela’s Hoary Hordes, I hope that she is right. The test begins as soon as I finish this post.