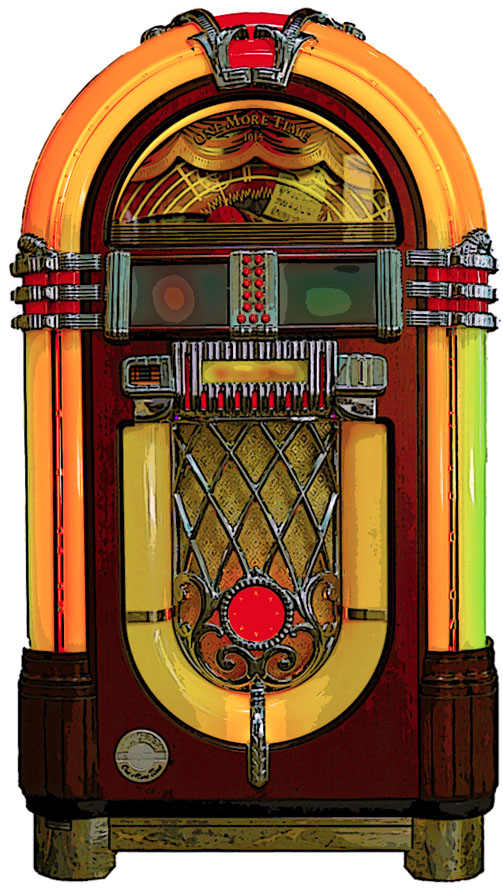 Seems like every morning a song called “Box of Secrets” by British singer/songwriter Zarif gets at least two plays on my iPad “Juke Box” whilst the Quats of The DuckHaus get their morning meal. I couldn’t tell you how many times I’ve listened to it; it’s a recent discovery, one of “those” songs that I never get tired of.

We all have them, right? Especially when we’re young. The songs that we play over and over and over again until our parents come around and holler up the stairs at us, “Don’t you have any other records up there?” Nowadays you can just set your MP3 player to “repeat” and either zone out or dance and sing along to your hearts content until you’ve burned out in that happy way that’s almost like the aftereffect of good sex. When I was growing up, we had to physically take the record out of its sleeve, put it on the record player, lift the tone arm, then lift it again, move it back to the beginning of the cut, repeat as necessary and wait for those first notes. Wonderful stuff. There’s something to be said for having that level of personal involvement with the playing of music.

In those days, among the singles that I played the most were “Hitchin’ a Ride” by Vanity Fair, “Ride Captain Ride” by Blues Image, “For You Blue” by The Beatles, “Vehicle” by The Ides of March, “These Eyes” and its flip side “Lightfoot” by The Guess Who -- oh, and so many more. Being a teenager of a Certain Age in a Certain Time I harbored a Guilty Fondness for The Archies and The Partridge Family, but don’t pass that around. We’ll just keep that between you and me, okay?

The point is that it wasn’t enough to listen to any of them once. I had to listen until they were imprinted in my brain. I guess that was the point; I guess that’s how our music becomes Our Music, how culture becomes personal. We begin to feel that the music (and the comics, and the TV shows and the movies) actually belong to us, and not to their original creators. At a certain point, the stuff that we love becomes grafted on to our DNA.

That’s less true now that I’m older. I’m more or less fully formed, and so it’s rare these days that I encounter a work of art that impacts me in that soul-changing, DNA-molding way of youth. When I listen to music over and over again, I’m still making it a part of my life, but it doesn’t become something that Mister Satan would get in the bargain if I signed my soul over to him next week (which could still happen, by the way; I’m open to offers. Where is that SOB when you need him?).

What sort of music are you re-playing lately? iTunes (which only tracks what I listen to here at the computer) tells me that “Hey, Soul Sister” by Train is far in the lead of my repeat plays with 88 hits, followed by “Reflections” by the Supremes with 46 and “Little Arrows” by Leapy Lee with 41. Nat King Cole’s rendition of “Stardust,” which will bring tears to your eyes if you have any kind of a soul at all, has had a measly 36 plays, while the “Batman” TV theme song has had 29. But none of this is scientific. I do much of my music listening elsewhere.

For instance: “Hang On Sloopy” by The McCoys and “I’m Gonna Be” by The Proclaimers weigh in at just 14 plays each. This is an Incorrect Statistic if ever there was one. If there are any two songs that have a claim to splicing themselves onto my genes after I became an “adult,” these would be them. I can’t listen to either one of them just once. I defy anyone to listen to “I’m Gonna Be” just once; like a certain brand of potato chip used to claim in their advertising, you can’t do it. The song is actually drunk on itself. It’s so full of life that you can’t put it down.

Some songs are like that, just Made to Be Played More Than Once. What are yours?