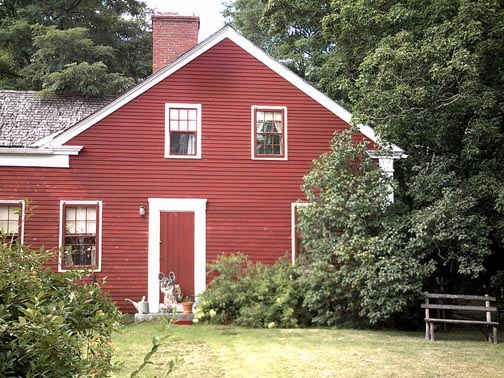 There were many good and fine aspects to the job that I just got myself booted out of, enough that under different conditions I could have seen myself staying there until it was time (and I was able, if I was able,) to retire. But there was one really bad thing about it, and it was so bad that when you threw it on the scale, all the other things went flying off in every which-a way direction, sailing in a graceful arc over the horizon for parts unknown.

That thing would be my boss, who had a knack for turning the simple into the sadistic, the easy into the agonizing, who would never sign off on anything if she could think of one single other alternative way to do it, for better or worse, who looked over every shoulder with the hairiest of eyeballs, who did not care if anything got done or even how anything got done so much as that it got done her way, who always was careful to solicit ideas and just as careful to systematically shoot each one of them down with the cool accuracy of a sniper, who sat in her office and screamed out your name if she wanted to see you, who nitted and picked and picked and nitted until I had no incentive to do anything because nothing I could do would ever be approved under any circumstances, and who loved the sound of her own voice so much that she never used one sentence when ten thousand would do; indeed, a “conversation” with her was a monologue in which she occasionally paused for breath.

But let us get back to the good things. One of those good things was that it provided a neutral location for my father and I to have lunch, away from his wife. This, for sure, I realized just this morning, is something we will have to find a way to replace. Without it, we hardly ever see each other. I feel almost as uncomfortable having him come to my house as I would if I had to go out to his.

The last time that we had lunch together out at Colby, he had some had some sad news for me that just nailed down another one of the coffins in my heart.

He said that he had been out and driven by the Old House.

The dogwood bushes that we had spent thirty years growing along the edge of the road, to “protect” the house from the road, had all been cut down. The lilac bush that had self-seeded somewhere along the way, metaphorically down the road a piece, and which I had once defended with my body when the town came along with a backhoe to dig up in our front yard in a misbegotten attempt to “clean up” the shoulder of the little-used stretch called Bessey Ridge Road – that was apparently gone, too. The maple tree at the corner of the driveway, just a small thing when we moved into the house, now a fully mature tree with a confused sense of branch identity – this had been cut down, too.

But worse than any of this, the saddest news of all, the two hundred-year-old maples that sat one on each side of the front walkway and sheltered the house from sun and heat in the summer; these had been taken down as well.

Those were the trees I climbed as a boy. Their branches rose far higher even than the big old barn, and I climbed all the way to the top, long before I became afraid of heights. From there I could see all the way to where I live now. Their branches extended far over the road, and I walked out along them. Cars, the few that came along (it was a dirt road back in those days) passed underneath me.

In my mind, they were brother and sister trees. One was slightly smaller than the other, and the smaller one was more difficult to climb. I only managed it a time or two.

But in the larger tree I passed many hours, until we both started growing too old. Not too old in our minds and hearts: the tree began shedding bark and losing branches, from the top down: nooks that I once sat in came tumbling down during the hard ice storm of a decade or more ago. It had grown quite fragile, and for my part, I had grown much more solid and heavier and much less nimble. I did climb the tree in later years, oh yes I did, but never as high and never as easily. You might say that our visits together grew shorter and farther apart, until in the end. . .

. . . in the end, our visits were limited to my sitting under the tree in the dead of night, with a purple drink in my hand, contemplating how strange the house and the world felt without my mother in it.

So now – I knew that I never wanted to go back to the old house. Now I know that I can’t. The house that I lived in all those years no longer exists. What would have been sad would now be like taking a knife in the heart –without even having the beneficial effect of killing me.