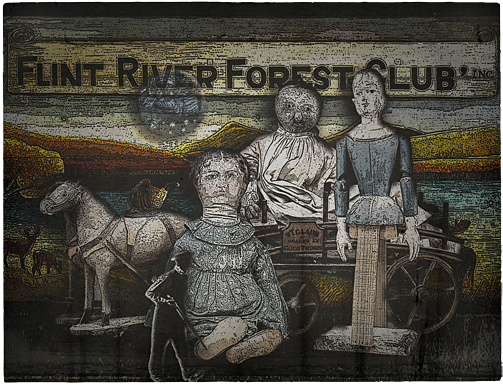 If you're coming to this page from a different Cultural Reference Point (and the stats show that there are a lot of you), the title to this post is yet another pop-culture quote (one of my Aspergian markers as a thing I can never stop doing) (parenthetical asides would be another). In this case, you had to be watching Saturday morning cartoons at a certain time in history -- those words are the battle cry of the Go-Go- Gophers, a pair of Native American rodents who were constantly running circles around the U.S. Cavalry (who were represented as foxes). Week after week those gophers made monkeys out of those foxes, and had a ball doing it, and every week I always waited for that moment in every cartoon when they made their Devious Plans and the one who could talk giggled and said to the one who mimed and spoke in gibberish, "Woopy-Doopy, we have fun!" At one time or another I believe they shared a half-hour slot with both Underdog and Tennessee Tuxedo, and they may also have briefly held down a half-hour show of their own, but don't hold me to that. It was a long time ago, and I'm unwilling just now to take the time to go look it up.

Becaaaaause -- the whole point of hollering the Go-Go Gophers battle cry at the top of this post is that I'm excited about the companion volume to Persephone's Torch, Méliès' Notebook and Other Stories, coming out soon in paperback in a swell illustrated edition that looks smashing next to the novel! It's in the proofing stage right now, and should be available by mid-month. It's meant a delay in my other projects, but that can't be helped. A person has to follow where their nose leads them, especially when their nose is their most prominent body part.

The illustration above is one of the new ones that I did for this edition. In the book it will be in black & white, so I'm taking the opportunity now to show it to you in color. 'Ja like it?

A new page dedicated just to this book will go up on the site later today with all the details. But beyond the details, what we have here is yet another Small Miracle and another reason to get up in the morning. Ye Gods, when I think of where I was at emotionally, physically and every other which-a-way last year at this time, it's like someone waved a Magic Wand over my head and said "Trizzle, trazzle, trozzle, trome..." That's yet another Cartoon Quote, BTW. Let's hope that wand keeps wavin' in the months to come!