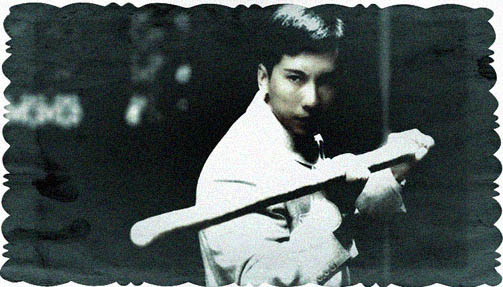 For one reason or another it’s been a few weeks since I took the time to curl up with a movie. This past week I’ve been enough of a slug that it seemed time.

I chose the third Ip Man movie, The Legend is Born, which is really the first Ip Man movie if you approach it chronologically; and in the viewing the coin finally dropped as to why I so like this new breed of martial arts film (and so dislike the old Bruce Lee style of chop-socky): with their high production values, period settings and densely choreographed action scenes, these are just exactly like old-fashioned Hollywood musicals, except that instead of stopping every few minutes to express their feelings in song, they stop every few minutes to express their feelings by beating each other up in the most graceful, balletic manner that you can imagine.

Ip Man III: The Legend is Born is basically West Side Story in an Asian setting. Which only goes to show how stories go 'round -- I don't need to remind you where West Side Story got its plot, do I? You watch the two pictures for the same reasons, and they deliver on all the same emotions, provide the same satisfactions. The thing that you notice about the action scenes is not their violence, but their vitality. It’s that old dance of the Jets vs. the Sharks in Asian drag.

I was a little concerned about this one as it was made by a completely different team and featured a different actor in the title role. But if anything, I enjoyed this one even more, with its element of Romance that’s completely lacking in the first two films. This picture has more Heart and less Wartime drum-beating; also, the action is better motivated and ingrained to the story. Although Yu-Hang To (here billed as Dennis To) lacks the assurance of Donnie Yen in the title role, that’s actually appropriate to this coming-of-age storyline... and To looks uncannily like a younger version of Yen.

Ip Chun, the real-life Ip Man’s real-life son, makes a significant and heartily enjoyable appearance as an elderly shopkeeper who turns out to have Hidden Depths -- and who can still show the Young Whippersnappers a thing or two, thank you.

A key element here, and another thing that sets it apart from the old Bruce Lee / Shaw Brothers style of martial arts epic, is that it’s not about Being a Badass. Indeed, Ip Man himself is more Jimmy Stewart than John Wayne, and part of his appeal is that he’s a nice guy, completely lacking in arrogance or hubris, who can take the Badasses down with humble confidence when they come at him. Ip Man is a hero for people who have been victimized by bullying, but don’t want to become bullies themselves. There’s a strong moral streak to these pictures that modern American culture has sadly abandoned in favor of attitude extremes that sometimes go beyond the pale.

It looks as lush as anything from the golden age of Hollywood, and more so than a lot of foreign pictures it sometimes becomes a challenge to keep up with the subtitles when you’d really rather be watching the film. Ultimately, I found myself ignoring the subtitles as much as reading them. Like any good musical, you don’t have to understand all of the lyrics to know what the cast is singing about.