Lo! There Shall Come An End! 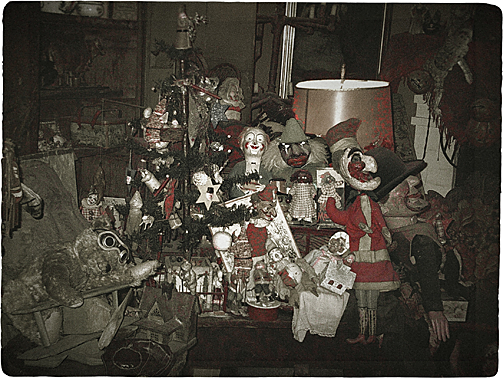 ... it’s the sort of title Stan Lee would use whenever he was winding down a multi-part story -- especially in Thor or The Fantastic Four, where he could more easily get away with flamboyant words like “Lo!” -- and couldn’t think of any better title. For my part, I probably could think of a better title if I really applied myself... but if it’s good enough for Stan the Man, it’s good enough for me... and Lo! Verily, an end is coming.

I had an email from my lawyer late last week. My mother’s estate is ready to be closed. Unless the next big February blizzard hits us as originally predicted (and the last prediction I heard sounded like the weather weenie was kind of hedging his bets on it) I’m headed over to her office tomorrow afternoon to, so to speak, put the final nails in the coffin.

At first blush, I would have told you that I was experiencing “mixed emotions.”

It’s not rational. My reasons for not liking it are 100 percent contradictory to each other. On the one hand, it’s final. It’s the last act, the curtain, the end. Puts everything to rest. It’s good-bye for once and all. My mother was never buried, but instead cast to the wind. In a way, this is the burial, the awful sight and sound of dirt sliding off the shovel and hitting the coffin.

I don’t want anything to do with it. I mean -- I’m not still in denial about this, but I don’t want to be a party to it. Let other people declare her dead. After nearly three years, there are still times when it seems like a bad dream.

On the other hand, it dredges up feelings that I’d rather not have dredged up, that I’d rather keep buried. I told you it wasn’t rational. I don’t want to be reminded about her death anymore. It’s a bad memory. I need to put it behind me. When I attended the Stonecoast Writer’s Conference back in, I think, the summer of ’88, one of the other students, a talented guy name of Paul K_____, had written a story called “Halcyon Days” about which one of the instructors, Robley Wilson, Jr., made a comment that I’ve never forgotten: “Carrying a torch is one thing, sticking it in your eye is another.”

I’m done sticking the burning brand of grief into my eyes. I don’t want to think about it anymore. I’ll never stop missing her -- but this bus is moving on. There’s work to be done.

There’s a crass, ugly layer to my feelings about the closing of my mother’s estate as well. I hate to type about it, but I’ve been more or less honest thus far, so it’s a little late to turn back. The fact is that since I got canned from my job last year thanks to the event that also cost me my driver’s license for four and a half months and landed me in jail (but which also led to my ultimately getting sober and rediscovering the things that make me happy), I’ve been living off of the proceeds of the estate... the finite proceeds of the estate.

In addition to everything else, this meeting tomorrow (or whenever it happens) will be my wake-up call informing me in no uncertain terms just exactly how long I have before this Writing Gig needs to start paying for itself. I hear you saying, “So get a job already.” To you, I say two things: First, it’s not so easy for a fifty-four year-old writer and graphic artist in Central Maine to find gainful employment in this economy, and I’ve burned some bridges behind me. Second, that was how I got into this mess in the first place -- and now that I’ve officially been diagnosed with Asperger’s I finally understand why. Those jobs really were making me crazy. If I went back to another high-stress (and it’s all high-stress), unrewarding job, I’ve no doubt but that I’d be drinking again, unapologetically, within a week.

So -- with one thing and another I’m mentally in full “fight or flight” mode. It’s kind of an assault on the bastion.

For almost the first time in my adult life, I think I’m hoping that it will snow like hell.