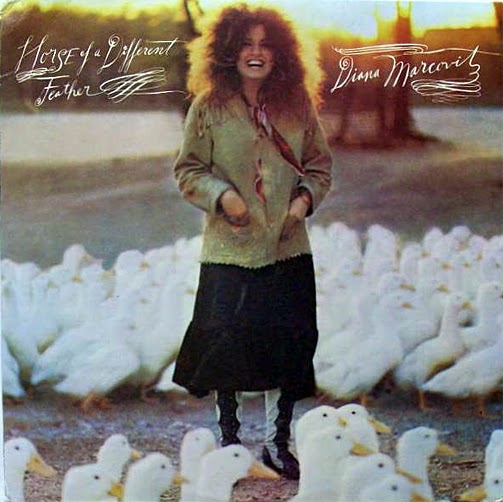 Back in the ‘70s, PBS radio had an AM show called Morning Pro Musica, hosted by the slowest-speaking man in the history of Radio, Mr. Robert. ... J. ... ... (wait for it) ... ... Lurtsema. His show began every morning with kind of a nice effect, especially if you were waking up to it -- the long, slow fade-in of birds chirruping, leading into what was usually a soothing selection of classical music. Lurtsema himself was kind of a soothing speaker... or possibly a somnambulant one. But with his deep voice he did have a way of holding your attention, if only... because...

In an interview that’s excerpted on the Wikipedia page devoted to him, Lurtsema is quoted as saying that he was never afraid of dead air... well, that’s the understatement of that year! If silence is golden, his show was full of Golden Moments.

I don’t know why I thought about his show this morning for the first time in yonks, other than that I knew this post was going to be about music and I was casting around for a title. It’s funny how stuff rattles around in your head.

As I work through my collection of vinyl LPs, I’m finding more records than I like to admit that I, to put it delicately, have “grown out of.” An unkind person would be more likely to say to me, “What the hell were you thinking of when you bought that piece of crap?” I’m not going to make any excuses. These things happened in my past, and I’m so much better now, and that’s that. I console myself just a little bit by saying that at least I wasn’t the one who brought the Rod McKuen records into the household, and thank Zarkon the Space God my sister took them with her when she got married. She wouldn’t take her horses, but she took her Rod McKuen records -- go figure. Is that a twisted set of sensibilities or what?

Once upon a time, It was almost de rigeur for TV stars to make records. I know. It makes no sense. But it was the ‘60s and early ‘70s, and a lot of Bad Decisions were being made. Still -- after hearing the records made by Shatner and Nimoy you’d think record execs would get a clue. I guess the bottom line is that these records sold. God help me, I bought one.

I didn’t even watch The Carol Burnett Show and I can’t say that I was ever a particular fan of Vicki Lawrence -- her “Mama” character makes me want to run screaming from the room -- but she had a hit in ’73 with “The Night The Lights Went Out In Georgia,” a song that does have a little bit of a cool mysterioso thing going for it. I bought the single and I wouldn’t be ashamed of admitting that. The B-side is a harmless pop ballad called “Dime a Dance” that proves Lawrence can at least carry a tune (which “Georgia” didn’t do -- it’s the kind of song a performer basically whispers through). But why didn’t I stop there? Why did I have to go and buy the damn album? Looking for another “Georgia” I guess... and it’s not there.

I duped it this morning just to get it out of the way. Have to admit that it’s not as horrible as I expected it to be after all these years, I mean, for a studio album made up of assembled songs for a TV performer. It’s a heckova lot better than Shatner’s album! Lawrence has a pleasant enough husky voice, and she sticks to material that doesn’t challenge her or the listener on any level. But on side two she makes a big mistake by covering “Gypsies, Tramps and Thieves,” which was a big hit right around the same time for Cher. The two versions of course invite comparison and this is where it becomes evident that Cher is a real singer and Lawrence is not. Cher knows how to sell the song -- Lawrence just seems to want to get through it. And that’s the whole album for you, really... harmless, perfunctory, and but for the fluke of the title cut utterly forgettable.

I can make this Authoritative Comparison, because, unfortunately, I also own the Cher album named for the song. There’s nothing wrong with it -- Cher’s the real deal. There’s just, beyond the title track, not much right with it... at least, not much that’s worth repeat listenings. She opens with “The Way of Love,” and that’s all right. She covers “He Ain’t Heavy” and James Taylor’s “Fire and Rain,” and does it all well with those kind of dark long vowels that she uses. On side two there’s a trio of songs with unintentionally hilarious titles: “I Hate to Sleep Alone,” “I’m In The Middle,” and “Touch and Go.” It’s not an album to be ashamed of owning, but not one that’s going to get a lot of play, either. No one would accuse Cher of being inventive of anything other than her own self-image.

Which seems like a good time for me to wax enthusiastic about Diana Marcovitz and her debut album, Horse of a Different Feather (Columbia KC 33063, 1974). I came across it in the sale bin at what was then the local Zayre’s department store, which shows you about how big a hit it was. Diana who, you say? I did a quick internet search... seems that after two flop albums at Columbia she decided to give up showbiz, rediscover her Jewish heritage and relocate to the “Holy Land.”

And yet, Horse of a Different Feather is such a fun and original album that it’s still fresh to this day. This was one talented chick who, because of the eccentricity of her work, was just never going to find her niche in a music business that liked its cookies to all come out of the oven in the same shape and size and with all the same decorations on them. You gotta like a girl who, in 1974, had the cojones to put a song on her album called “So Pissed Off” that begins with the words, “Who in Hell’s name do you think you are...?”

Ranging in style from ballad to honky-tonk, from easy pop and smoky cabaret to parodies of anthems and Gilbert & Sullivan, the songs of Diana Marcovitz (there’s only one song on the album not written by her, and that one’s by Randy Newman) are by turns funny, romantic, wistful, hostile ... and the lyrics are always, always unexpected. In “Groupie’s Lament,” a pampered rich girl reveals a lonely heart at the center of a comical piece; in “Herschel,” a woman who paid for her boyfriend’s college tuition only to be dumped by him vents her anger and her despair. In the autobiographical “William Morris Agency,” Marcovitz describes her humbling experiences in the music biz.

My favorite cut on the album is “Prima Ballerina,” a haunting piece about a haunting, Baroque in style, played entirely on a harpsichord. The song is about an elderly ballerina who takes up residence in her old theater and spends her days alternately reliving past glories and frightening away intruders, until she ultimately fades away into time. This song alone is worth the price of admission. In the days long before music videos, I used to listen to it and think it would make a magnificent animated short. Today, no one would bat an eye at that idea. Back then it was crazy.

Marcovitz came along well ahead of her time. I can’t help but think that she would find a more significant audience today, now that the “homogenized” music business is basically a thing of the past and eccentricity is a significant niche market. Steampunk was practically made for this girl, she was doing it before it was a word.

Years and years ago, I kind of thought I was crazy for buying and liking this album. Today, I look back and think it was one of my better choices. I guess if you don’t experience at least a few reversals in life, you aren’t doing it right.