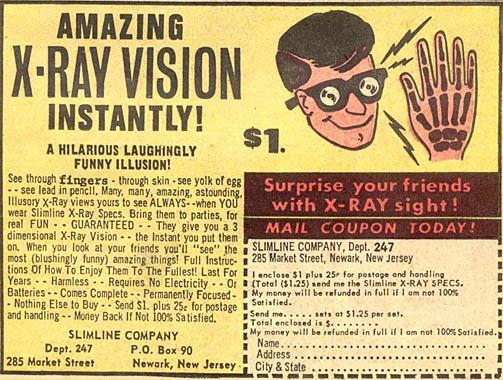 So, the blossoms in the very top branches of the Strange Whatsit Tree beside my home have fully deployed. Meanwhile, the leaves on my Maple tree have barely begun to sprout. My neighbor has little leaves out already on his maple tree, just a few dozen yards away. What's up with that?

I haven't heard from my Dad in a long, long time. I was sure this meant that he and his wife were traveling back from Out West -- but you never know, right? I mean, you really never know.

( --A little over a year ago, in the dead of winter, in the middle of the night, an ambulance pulled up the driveway of my back neighbor's house. It wasn't a false alarm, but they got him to the hospital in time and he recovered [You can read the post I wrote around that event here]. This afternoon as I was mowing the lawn for the first time this year -- not coincidentally venting some ill and black emotions in the process -- the ambulance pulled up to that doorway again. Actually, it was two ambulances. The EMTs came out of the house after too short a time, and stood about with body language that was was decidedly unrushed. Something was brought out of the house on a stretcher and it sat in the driveway for several minutes. Magicians teach us that nothing observed can be trusted, especially when one is focussed on other things. But it's gotten awfully silent and dark at that house. Why do things happen when they happen? Why did Mom live through a hard winter only to die in he spring? What's up with that?)

Anyway, I hadn't heard from my Dad in what seemed like ages, and last night he picked the exact two minutes that I was outside feeding Tiger Whitestockings to call in. I never heard the phone ring. It wasn't until four hours later that I picked up (for entirely other reasons) to see if there was a message.

Now, my phone answering message is a rather terse and surly admonition that I am best reached by email, and you should already have it, or have easy access to it, if I want to hear from you. Dad left a message saying "It's your father and I'm trying to call because I don't have access to my computer!"

I felt bad about that, but I felt worse that I had no way of returning his call because he didn't tell me where he is. East coast or West? I tried his cell phone, just to be on the safe side, and didn't get an answer. What's up with all that?

When I was done with the lawn I was so tired and sad that all I could do was stand in my side window, leaning on the sill, looking at the blossoms on that Strange Whatsit Tree, and thinking how badly I wanted a drink. It would be easy. The stores were still open. I had hours and hours. I wanted that drink so badly that the only things keeping me from getting in the car and going to the store were the pains crippling my shoulders, arms, legs and back (that first mow of the season seems to get harder and harder every year) -- and the fact that I was stark staring naked, having left my clothes in the laundry room so that I could step right into the shower.

By the time I was done with my shower the craving was gone, but it was the worst and most serious one so far, fueled not just by habit or a desire to relax, but by the kind of sadness that I'm all too familiar with, the sadness driven by "whys," and "What's up with thats;" by knowing that I will never make sense out of the world and it will never make sense to me -- by knowing that things are never going to change and all that I'll ever have is what I have right now.

I wanted that bottle of vodka real bad.

Near the end of my "recovery" journal, my off-the-cuff record of 4 East and the IOP, there is a page dominated by an allegorical cartoon with a caption. It became ever so briefly irrelevant this past week, only to become more relevant than ever Friday night into Saturday. Not for the first time, nor I suppose for the last, I felt that l'd taken a knife blow, if not to the heart than to some other vital area of my body. It wasn't about desire or Romance. It was more dangerous than that: it was about innocent affection.

I'm writing around the thing that's really bugging me here, and I apologize for that, but even if I didn't have to be discreet, I've become aware -- and if if you've been paying attention, you should have too -- that I'm not the sort of person who deals with issues head-on.

I imagine the phone vibrating in her hip pocket. I imagine her, perhaps, pressing her lips into a barely-noticeable frown, and letting it go to message, knowing full well who is on the other end and that the call is both expected and invited. She may not even have any choice in the matter, but the person on the other end will never know. I imagine her breathing in through her nose, and going on with what she's doing. Perhaps, if she thinks about it at all, she does so in medical terms: It will only hurt him for a minute.

What's up with that?