A Knife in the Dark 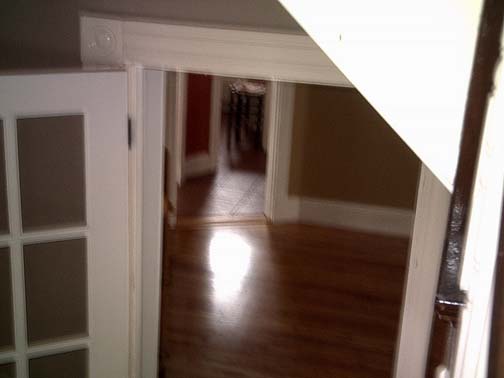 My father called last night. We talked a few minutes about this, that, and the other thing. As usual, he was full of advice. Then he asked, "Are you writing anything?"

I thought, Ouch, Dad. Why did you have to bring THAT up? I said No.

He launched into one of his lectures and I fell silent. He went on and on. "You've been given this wonderful gift" and lah-de-dah and blah blah blah.

I thought, In the first place, it wasn't a "gift." It wasn't given to me by anyone. I worked for it. Years and years of work. That makes it mine.

"Well, what about that novel that I have three chapters of?" he said. "That was pretty good. I'd bet you stand a good chance of getting that published."

I disagreed. I'm intimately familiar with the kind of books that get published, and the sort of stuff I write isn't even in the ballpark. The novel in question is about a midget actor who finds one day that he can't remove the bunny suit that he's worn on a kid's TV show for twenty-five years. If I tried to pitch that in New York, they'd laugh me out of the office.

I won't write for the trunk anymore and I'm not into self-publishing. I know that the latter is gaining legitimacy in the digital age, but for me it's still not "real" publishing. It doesn't count as a validation of your work if you have to publish it yourself.

My father rambled on. I know that it was meant to be a pep talk but it was getting me down. I just don't have it in me anymore. There's one rule of writing that cannot be broken: you can't write if you have nothing to say. You can't write if you're empty inside.

Lecturing me about it won't help. I don't know what would.

I'm not whining, just stating fact. If it's not there, it's not there. I have a couple of ideas for different sorts of projects and I'm going to make an organized list of them, get them all down on paper so I can see what it looks like. I'm not completely washed up just yet. But I don't see the writing of fiction as coming back into my life anytime soon.