The Full Weight of -- What? 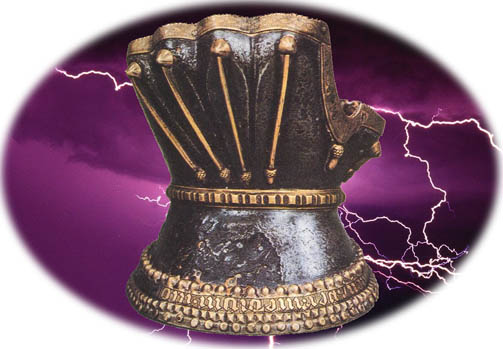 Ah, yes, it's that lovely time of the year again, that season where every middle-manager gets to justify their existence to upper management by Running Down the Help. At least in my personal experience, the Annual Performance Review has never been about anything else.

Isn't it funny how one's successes never seem to amount to anything, whereas one's mistakes are given inordinate weight? While it's true that I botched one special order last year pretty badly, and had one unsatisfied customer as a result, the fact that I got dozens, hundreds of other similar orders just right and had many more extremely satisfied customers -- "That," as John Cleese points out in the parrot sketch, "don't enter into it."

Still and all, I didn't expect the bullshit to fly with quite so fast, florid and fetid gusto . Oh, don't get me wrong: both my manager and her boss, who sat in to watch while the screws were slowly turned on me, went out of the way to show that they really cared, yes, they want me to succeed, yes, and they wanted me to know that they were kicking the living crap out of me in the nicest possible way.

I Say "Banana oil."  They were simply placing the figures on the chessboard in such a way that I can be removed from play at any time in the next six months, immediately, if I so much as show up for work with a lock of hair out of place.

They tried to make it about performance issues, but absolutely everyone sitting at the table knows that this is really about my stay in the hospital and what I was doing there. The institution that employs me is All About establishing a product with a strong image, and an open, admitted alcoholic like myself does not fit that image. Never did, really, and recent events have only cemented that very neatly into place.

I'd be okay with that, if they would just be honest about it. If you want to put me on notice for the things that I'm actually guilty of, I will sheepishly take my lumps.

But when I'm on Death's Door with the flu, and I drag my ass into work anyway because it's a special event day and I know that I must be there because my boss is out of town and no one else is there to anchor the event -- and they write me up for looking "disheveled and unkempt"? That's just playing dirty.

When I walk out the side door at six o'clock -- which is the time I was scheduled to leave -- and they write me up because I didn't communicate that I was leaving (that is, my boss is writing me up because she didn't know know her own damn schedule)? That is dirty, too.

When you distort an event to make it sound worse than it was -- (for example, when a warning came later than you claim it did, and the facts were not as noted) -- that's just plain lying.

I've donated many unpaid hours to this place and I don't squawk about working them; but in return I expect to be treated fairly. That they are not, and that they KNOW they are not, does kind of get my goat. But can anyone do? I can't win an argument against people who are this gifted at warping reality to suit their needs. If it came to an inquiry, who would be believed anyway? The upper management or the admitted drunk? I've made my own bed in that regard.

So they have me over a barrel, and that's what really rankles me. It's a losing fight all up and down the line, and never mind Truth or Justice (which never had a heckova lot to do with the American Way anyhow).

All I can do is get my resume out of mothballs, sharpen it, and begin the search for the next big thing before I am forced to begin it down the road. I fully expect that it's coming. If I prepare for the worst, then the only real power that they have over me is the power I give them.