And Now the Comic Consequences 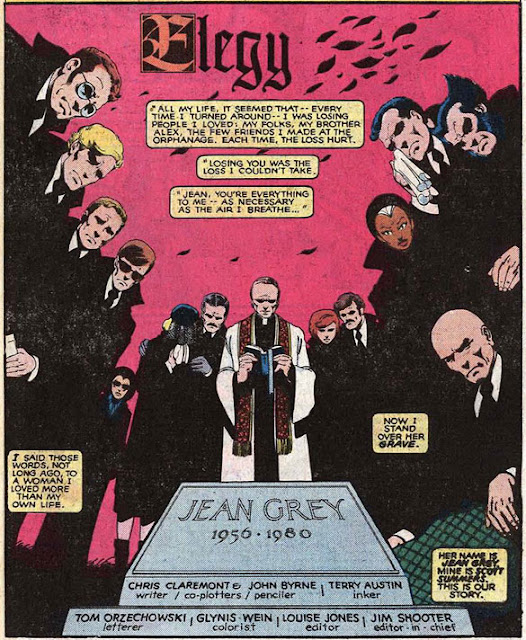 It’s almost fashionable now for YouTubers and bloggers who have the comics industry as their regular bale of hay to announce or predict what they see as the untimely death of said industry, and specifically of Marvel and DC. They aren’t wrong, but they’re a little late to the game, and a little bit short of the mark. I saw this coming thirty-five-odd years ago, when the Big Two finally bought into Direct Sales distribution as a last-ditch effort to save themselves from extinction in the wake of a disastrous implosion on the one hand (DC) and Stan Lee’s retirement on the other. It worked for them, for the most part, but only as a short-term solution that they should have taken as an opportunity to solidify their reader base for the long term. How? Simply by doing what Marvel did so well under Stan Lee: by telling great stories about engaging characters, and providing value to the reader.

I cannot understand how editors and publishers across all genres of the publishing business perpetually fail to grasp that (engaging) Content is King. Give people a Harry Potter and they will buy the shelves bare; but you cannot fool your audience with gimmicks and replicants and rehashes and rip-offs and manufactured scarcity.

Marvel and DC didn’t understand this, post-Stan Lee, and they still don’t understand it today. Instead, they have for decades now satisfied themselves with milking the concept of Direct Sales distribution for more than it was worth. Direct Sales was doomed from the outset as a business model, for the simple reason that it is not sustainable at the retail level. Even if they are supported by a rich backer, retail comic shops have a financial breaking point. They can only afford to shell out so much in non-refundable purchases of material that isn’t selling before they reach that breaking point and are forced to close their doors forever.

The pressures on the comics industry are manifold and have been growing incrementally more intense every year since about 1980. Ultimately, the only way for the business to survive is for comics publishers to produce engaging and powerful stories that connect with a readership, and which are of better and more individual quality than can be found in any other mediaform. Some of the smaller publishes, Dark Horse et al, have managed to do just that, carving out a distinct niche for themselves with Hellboy and other titles. But Marvel and DC — and especially Marvel — have shown themselves to be unable or unwilling to create that kind of content, and instead have focussed on the marketing of shock value, gimmicks such as alternate covers and “collectibles” that rely on manufactured scarcity to drive their sales.

These practices never could have sustained them forever, and it’s a little bit surprising that they’ve been able to hang on for this long. But in 2019 it would seem that the due date on their creatively bankrupt and downright cynical business practices has finally arrived. Comic book shops have been closing in record numbers because they have been betrayed by the industry that helped to create them.

Looking at Marvel’s catalog for 2017 and 2018, I saw a company in a state of creative desperation, throwing crap ideas at the wall left and right in the wretched hope that something would stick. It was right about that time that my local source for comics, Bull Moose Music, stopped carrying new comics altogether and instead gave over the space in their store to an expansion of their board games section. While they continue to sell paperback “graphic novel” collections to this day, even that section has been ruthlessly pared back, with Marvel and DC bearing the brunt of the lost shelf space.

I don’t have to ask why. Marvel and DC are producing rubbish. With very few exceptions (not even Marvel’s output has been all bad, but there’s a distinct sense that when they manage to publish something good, it has happened entirely by accident. There’s no more Marvel Universe to show us that it’s all connected somehow) Marvel and DC have cost themselves their livelihood because the stories have no relevance, the characters are either uninteresting or downright off-putting, and even the mainstay characters such as Batman and Spider-man are just simply played out. In Spidey’s case, Peter Parker stopped being interesting three decades ago when Marvel broke faith with their audience by freezing him and his universe outside of real time, like a spider in amber.

Certain corners of the comics YouTubers and bloggers are soundly condemning what they are calling “Woke” Marvel: but the feminization of old mainstay Marvel characters is simply a misguided manifestation of a very much belated understanding on Marvel’s part that they could have developed a strong base among female readers, if they hadn’t been, metaphorically speaking, a day late and a dollar short. Or, more accurately, decades late and creatively bankrupt. The bottom line here is that no Marvel editor since Stan Lee got on the plane for the West Coast has been able to sense what readers want, and to connect with it.

And so comics fans: if comic shops are closing in record numbers and if Marvel and DC are on their last legs, they have no one but themselves to blame. However: it is true that the years since 1980 have been challenging in ways that not even Stan Lee could have predicted. Marvel and DC can be faulted for bad decisions in the wake of a dramatically changing marketplace and culture, but in no way do they deserve the blame for how dramatically the ground has shifted underneath them.

Since 1980 the world has been shaken by a cultural earthquake, by a systemic tsunami that changed everything in the same way and for the same reasons that steam rocked the Victorian age. In 2019, we are now far enough removed from the 20th century to see it objectively. Among many other things, it was the century of Pop Culture: the century that birthed the whole concept of a Pop Culture — and the century that saw Pop Culture’s demise. Tendrils of the concept thread out in either direction, in the same way that “The Sixties” lasted into the 1970’s and had its roots in the decade prior, but the body is intact, encompassed in the 20th century.

The mainstream comics industry didn’t create this situation: but it failed to react in an effective way, and so became a casualty.

COMING SOON (I hope): The Birth and Death of Pop Culture, The Rise of Personal Culture, and the interesting consequences of all these things.