When You Walk Through a (Shit)storm... 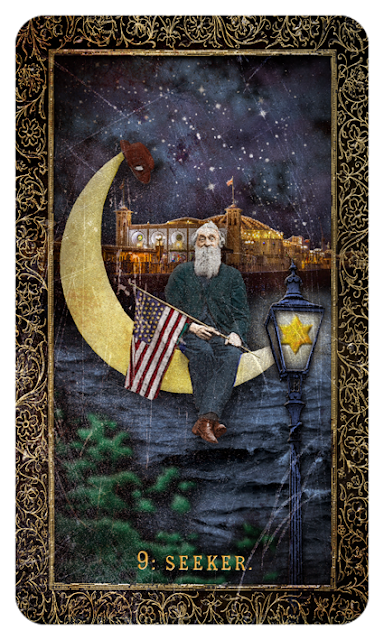 In the unlikely event that you've been wondering why I haven't been posting all that much in recent months, the best answer I can give you is: well, you know.

2018 hasn't been a particularly easy year almost from the outset. On Valentine's Day, my 91-year-old father shot himself to death, apparently (I have to go by what I'm told, folks), in a fit of pique over the thought the would have to start using a walker. To which I can only roll my eyes and say "Oh, poor BABY!" My grief was drowned under a wave of anger and confusion and anger and distance and anger and, oh yeah, anger. I had just talked to him the day before and he sounded fine. He was going in to the hospital the next day for tests to see if the treatments he had been undergoing for cancer had had a significant impact. He went through with the tests; but as far as I know he didn't wait for the results.

Anyway, That Furore has died down to a dull roar, and with any luck at all the paragraph that I just typed won't dredge it up again. It's not meant to do that ... but this pile of steaming crap falling on me in the weeks immediately following my Dad's death did not make life any god damn easier.

Just when things were starting to look up, June hit: and June has been a notable shitstorm. I won't bother you with the details: lots of other folks out there have things significantly worse than I do. For one thing, as the problems have cropped up, I have been able to get the solutions in place, if not in progress.

In in the end, it all reminds me of why I don't do this anymore: I started this blog as a form of self-therapy to get me through a significant Dark Period of my life, at a time when I had no other form of self-therapy other than alcohol and nothing good in life that I could point to to keep me going. Eight years later, all that has changed. I'm not drinking anymore, and in the place of the gaping hole that used to be my life I have a lot of exciting and fun and interesting and fulfilling projects that are keeping me going just fine. I got out of the crap job that was killing me and now I work for myself, and for the most part a lot of the work that I am doing is stuff that people seem to like.

That makes me pretty god-damn fortunate. "Privileged," to use an old word in the modern vernacular. And so if 2017 has been a shitstorm that has slowed me down or set me back, still it hasn't buried me yet, and I am working to make 2018 better.

I still hope to publish film, book, TV and pop-cultural reviews and suchlike on this blog, and have a long post on those lines coming along here any minute now, but the kind of self-confessional winging that you've just been subject to and which was the main business of this blog for a considerable bunch of time: that's going away, hopefully forever: because although Life never gets any easier, I've learned that you can do things that allow you to change how you face it.