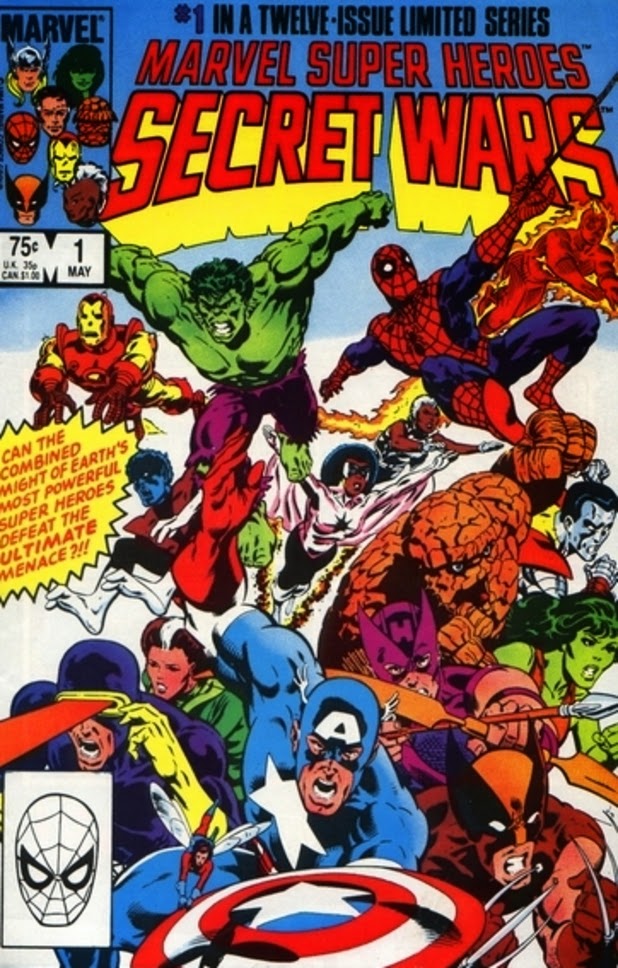 I suppose it was inevitable: eventually, Shooter was replaced with people who were even more bone-headed. But it was Shooter’s tenure as Editor-In-Chief that drove the stake through Marvel’s heart.

It didn’t happen all at once. Stan Lee was still in the picture as publisher, still exercising some basic control over the line. The minute that Stan retired, the nanosecond that he set foot on the airplane headed Out West, that was when Shooter started living up to his name.

One of the first things that he did was to take away editorial control from certain key Marvel writer/editors. These guys had been with the company a hell of a lot longer than Shooter and had shaped the Marvel universe for many years: people like Roy Thomas, Steve Gerber, Archie Goodwin.

They responded the way anyone would when some young dunderhead comes in and promptly revokes the creative freedoms that they’d known for years: they left the company. Virtually all of Marvel’s top-flight creators — both writers and artists — beat a path for DC and the burgeoning Indie houses, where they would never again have the same impact that had once been theirs.

Shooter became the Master Plotter of the whole line. His style of “storytelling” — and I use that word loosely — trended towards Big Events: change Spider-Man’s costume, kill off Shang-Chi, turn Hank Pym into a wife-beater, declare that several years’ worth of Hulk continuity “never happened,” pull all your major characters out of their timeline and plunk them down in a giant arena so they can beat the crap out of each other.

As a reader and fan, I hung on for about a year before I couldn’t take it anymore. Stories and humanity and The Imagination fell by the wayside and were replaced by Big Events, Sensational Marketing Ploys, Variant Covers. Marvel Comics — once a great source for tales about the differently-empowered struggling to find their place in the world — joined the status quo and became Stupid.

And although he may not have finished it, Shooter was the one who started it.

If you had told me in 1981 that Marvel would one day launch a successful and unified “movie and TV universe” that included SHIELD, The Avengers and The Guardians of the Galaxy, I would have laughed you right out of my shop.

In those days Marvel was indeed trying to press their way into the movies and onto television, but the results were pretty much universally dismal. Spider-Man and Doctor Strange on TV, anyone? Yeah, there’s a reason you don’t remember it.

Hollywood simply didn’t “get” comics in those days — and even when they started to come around, the budgets didn’t exist, computers didn’t exist, in five minutes Jack Kirby could create something on paper that was more spectacular than anything we’d ever seen on the movie screen. The first two Superman movies were a crack in the iceberg, but let’s face it: Star Wars is what changed everything, albeit at such a slow pace that the future crept up on us.

Now? For the first time, Star Wars — even the Genetically Modified Star Wars that George Lucas can not stop dicking around with — actually looks like what it is: a forty-year-old movie. Everything’s changed. What was impossible in the late ‘70s is commonplace today.

Every single year, Movies (plural) are being made about my favorite Marvel characters. Except — as you might have guessed from the above — it’s not my Marvel anymore and these are not my heroes. Iron Man and Thor and Captain America and The X-Men have been pretty lucky in their new movie iterations. Spider-Man and The Hulk and Ghost Rider have not, and don’t even get me started about what Fox has done, is still doing, to The Fantastic Four. Among other things — it’s all well and good that the stories should be racially integrated, but turning Nick Fury and Johnny Storm into black guys is not the way to do it. Likewise, Victor Von Doom is a monarch, not a CEO, and his armor does not grow on him. AAAAAARRRRRGGGHHHHH!!!!!

This intro has grown long enough for a single post, so that’s what I’ll make it. Next time, I’ll get down to the meat and potatoes: in the past two weeks, I’ve viewed X-Men: Days of Future Past and Guardians of the Galaxy for the first time. So, what did I think? What did they do to the comics and the characters and how did my old friends fare? I’ll give you three words as a tease: Howard the Duck.