The Land of Cotton 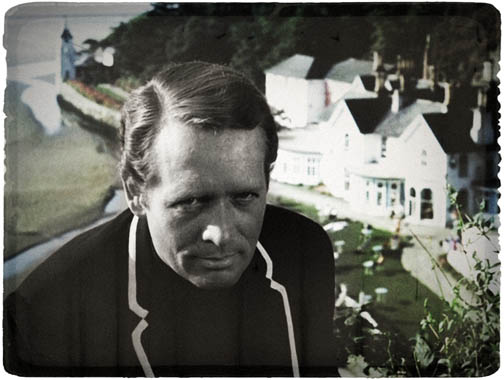 Many thanks to Shirley L. at Center Point Press for thinking of me when she needed someone to fill in as a typesetter. I spent the better part of this past week learning the typesetting ropes once again, and there are a heckova lot worse things I could be doing with the time. After four years at Colby College working for a sadistic, mean-spirited, monomaniacal, ultra-uber-controlling micro-micro-manager (I won't use the b-word, but if anyone deserves it she does), I had forgotten that not all jobs are a never-ending nightmare of torture.

And that’s an important thing to remember.

Typesetting for Center Point’s main rival in the business was the best job I ever had. That’s never coming back. Although this has a lousy commute attached to it (about 40 minutes one way with some twisty back roads that frankly made me dead queasy and could potentially be more than Scarifying during the winter months), it’s essentially the same gig. Where else could I get paid to read all day and Make Books?

So — welcome back to the world of widows, orphans, Bad Writing and paragraphs that stubbornly refuse to tighten up. If I must be a wage slave, this is definitely the plantation to be attached to. Typesetting is a job that requires a tight focus and no interference, and perhaps because of my Asperger’s I’m suited to that.

But going back into chains at this time (when I am actually enjoying life for the first time in literally decades) is more than a little bit of a jolt to the system.

My life, as I wish it to be and as I dare to imagine and hope that it can be, comes to a grinding halt. The mornings are awful — and not just because I had to push my sleep time backwards along the clock by four hours. There’s the sense of Being Trapped and also Separation Anxiety for the Quats and Me to deal with.

More than that, I can't escape the feeling that I've failed — again — and spectacularly at that. It comes at a time when the Kickstarter project seems to be dead in the water (it isn't even generating traffic to this site, which I’d be happy with, much less raising any much-needed funds) and my books aren't selling, not even a little bit. Nothing that I’ve tried seems to be generating any interest, and sooner or later if I don’t succeed in making something out of this, it’s all going to go away.

Then where will I be? Ready to crawl back into the bottle, most likely.

Kudos to my friend BC who can work sixty-hour weeks, maintain a relationship and still manage to write and edit an ambitious schedule of books for The Library of American Comics on the side — but I can’t live like that. When I get home at the end of the day there’s just enough left inside me to feed the quats, make dinner and veg out in front of the telly for an hour before I head to bed early so that I can get up early the next morning and do it all over again the next day, and the next, and the next…

That's no kind of a life — and it means te inevitable Death of everything that I’ve worked for and towards these last few months. Maybe I’d feel differently if I had a relationship or a family to support: families at least have, you know, each other; but my mother was all the family I had and she's gone now.

For now, it’s okay. It’s a means to an end. It’s just four days — and if Shirl is kind enough to want me back for a month in September, well, that’ll just be one month, and it’ll help set me up for Winter. I’m okay with all of that.

It’s the future that scares the living crap out of me.