Our Kind of McCarthyism 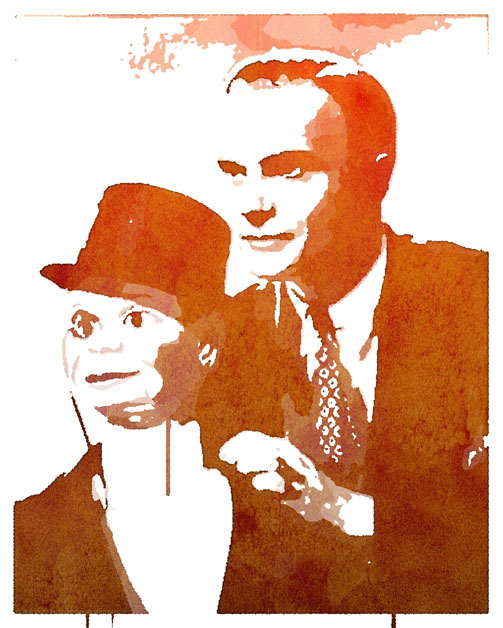 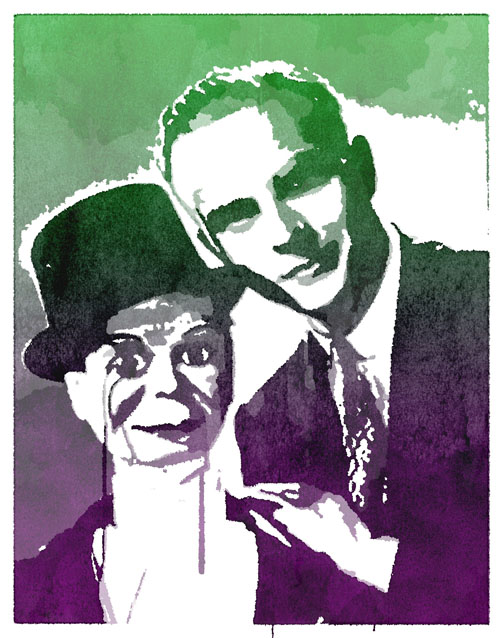 In Tinsel* Town, our December release, cartoon character Eddie Fox has occasional encounters with real-life figures of Hollywood's golden age. Bergen and McCarthy make a brief but important appearance in chapter one, and we wanted to include a tribute to them among the special features when the eBook comes out. To that end we've been generating art to go with the piece using various bits and bytes of software; above are two pieces that we decided not to use... still and all, we liked them and hated to see them consigned to the dustbin. So here they are: The two greatest personalities ever known to the world of ventriloquism, and a comedic team that perfected the art of delivering insults in the nicest possible way. Their like will not be seen again, and we are poorer for it.