Announcing the tip of an Iceberg: 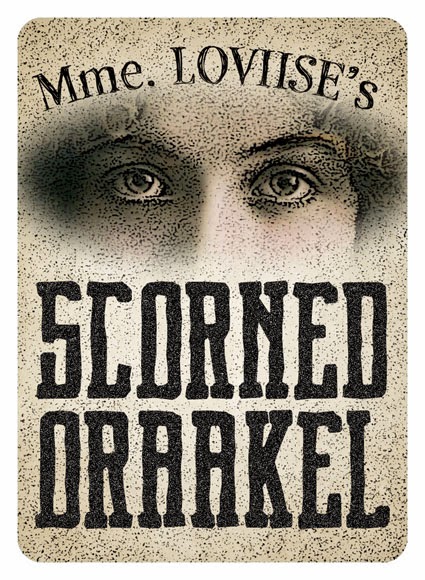 For many years before and after World War II, both in her native Estonia and in America, Mme. Loviise MÄGI plied her trade as part-time aerialist and full-time fortune teller with the little family-owned ZIRKUS MÄGI *. Upon her death in October  1968 at the age of 72, among her effects was found a strange hand-made divination deck, purportedly created at least one hundred and fifty years earlier by her great grandmother, the cartomancer KATRIN LAINE KALLASTE. Indeed, Mme. Loviise’s only child, Mirjam Vargas, remembered the deck well, and confirmed that her mother used it only for personal and family readings.

From the early 1800s until her death at a relatively young age late in 1832, at approximately the same time when a certain Mlle. LENORMAND was making such a name for herself in and around Paris, Mme. Kallaste plied her trade among the Balkan nobility and visiting Russian heads of state, gaining a notable reputation as a seer of outstanding ability, using a system of her own creation. Upon her sudden death under mysterious circumstances, however, both her name and the system that she created — widely believed by all who had been exposed to it to be more effective by far than that created and used by Mlle. Lenormand — sank into obscurity. It is believed that she had made a specific enemy of a certain German Nobleman, who enlisted the cooperation of the Lutheran Church to destroy Mme. Kallaste’s reputation and suppress all memory of her system.

Now in 2015, with the support of the Mägi estate and its executor Annunciata Katrin Vargas, Duck Soup Productions is proud to re-introduce this “scorned oracle” to the world, which we will be doing in two editions. The first is a straightforward reproduction of the hand-made deck from the family collection, in the original Estonian, with notes jotted into the margins of the cards by Mme. Katrin Laine Kallaste herself. The second is a completely modern version, in English, created with charming vintage photographs and Mme. Kallaste’s notes translated into English-language keywords. 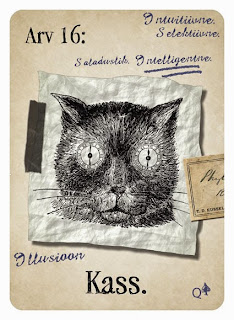 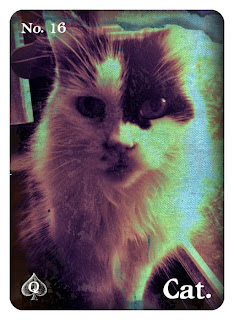 Both versions will be available in the final quarter of the year. Stay tuned for more details as this large project nears completion.

Any history of Mme. Kallaste reads like an adventure novel. We hope to announce more projects surrounding her life and works in the coming months.

*An incomplete history of the family and their Circus can be found in the nonfiction volume See Them Dance, published by Duck Soup Productions last year. The Divination deck created by Mme. Loviise herself in the early 1930s is also available from Duck Soup Productions in both a facsimile edition and a more compact "Roadshow Edition," under the name Tarot of the Zirkus Mägi.
Posted by Freder at 7:06 PM