The Golliwogg Oracle in Action!

Not only is The Golliwogg Oracle now on sale, but our copies are now in  hand so to speak, and we've snapped some pictures to share with you. Shown above, front and center, are copies of The Golliwogg Oracle. To the right are the Reproduction decks that faithfully recreate the original children's card game that inspired us to make this deck. And to the left is the deck that sort of started it all, the majors edition of our own Tarot of the Zirkus Magi. 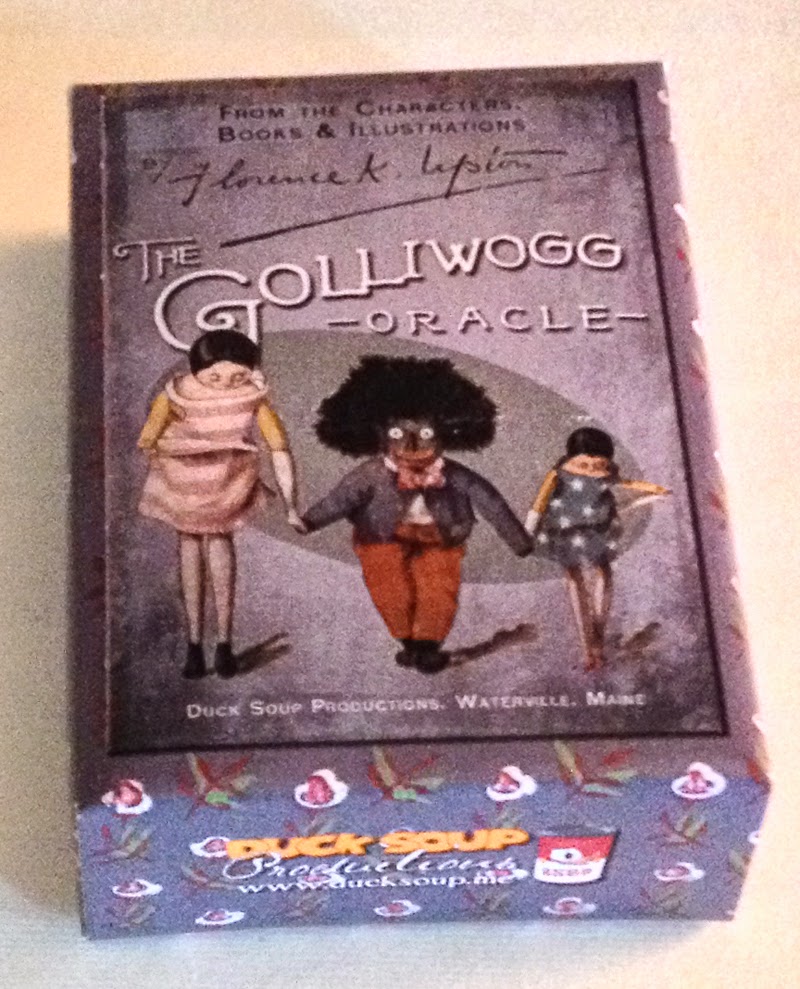 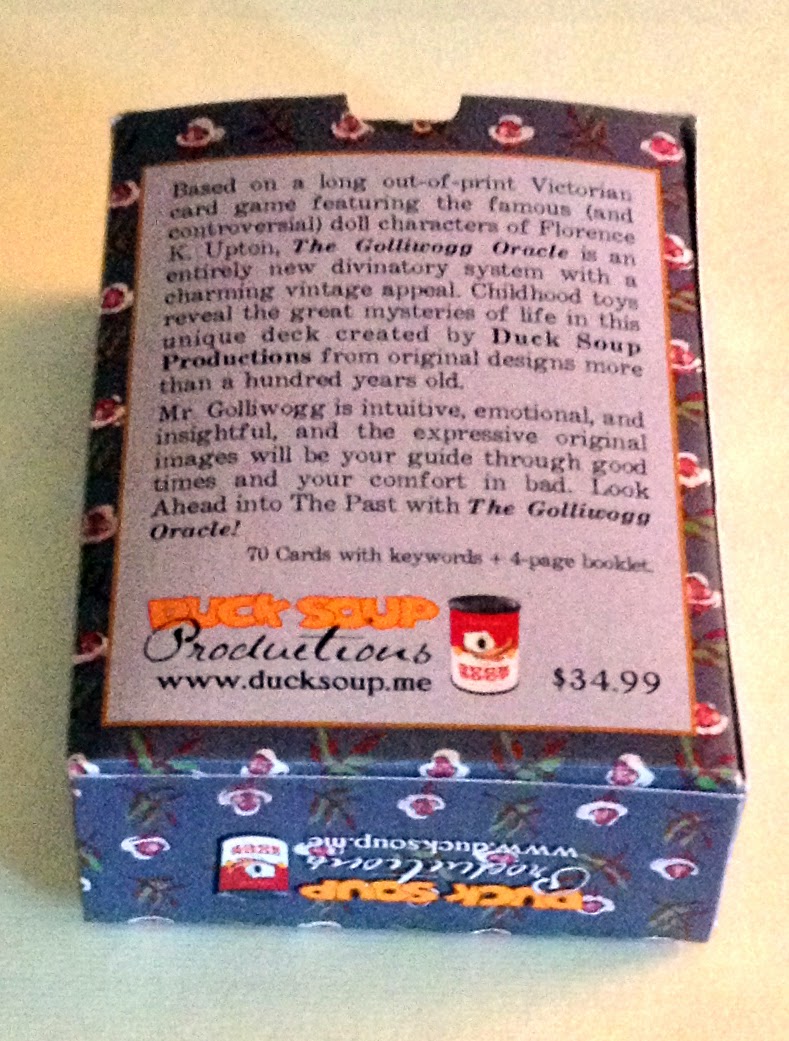 And here is the finished oracle deck all by itself. It comes in a tuck box that uses the same background pattern as is on the card backs themselves. The colors are slightly darker in these two photos than in real life; the first picture at the top of the page, showing all three decks, is more accurate. 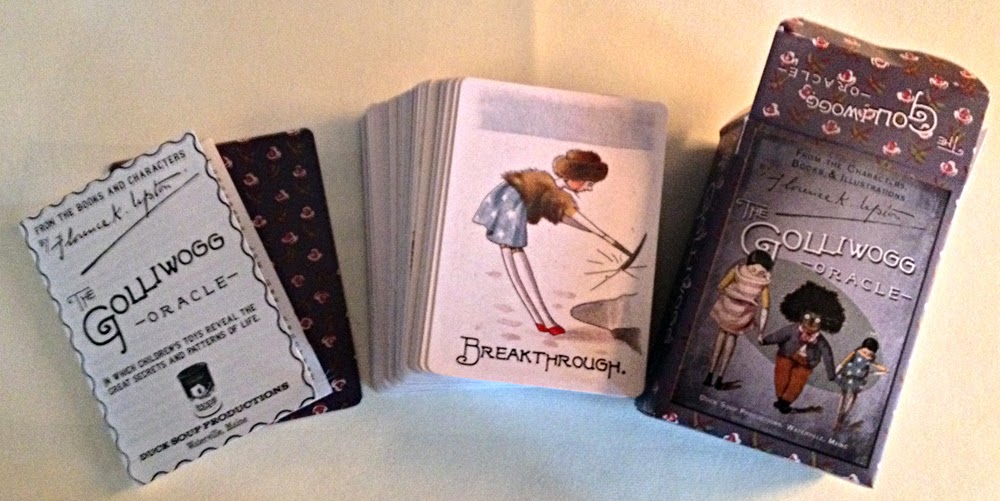 The cards are standard poker-sized playing cards, but because there are 70 of them the deck is substantially thicker than a regular playing card deck. 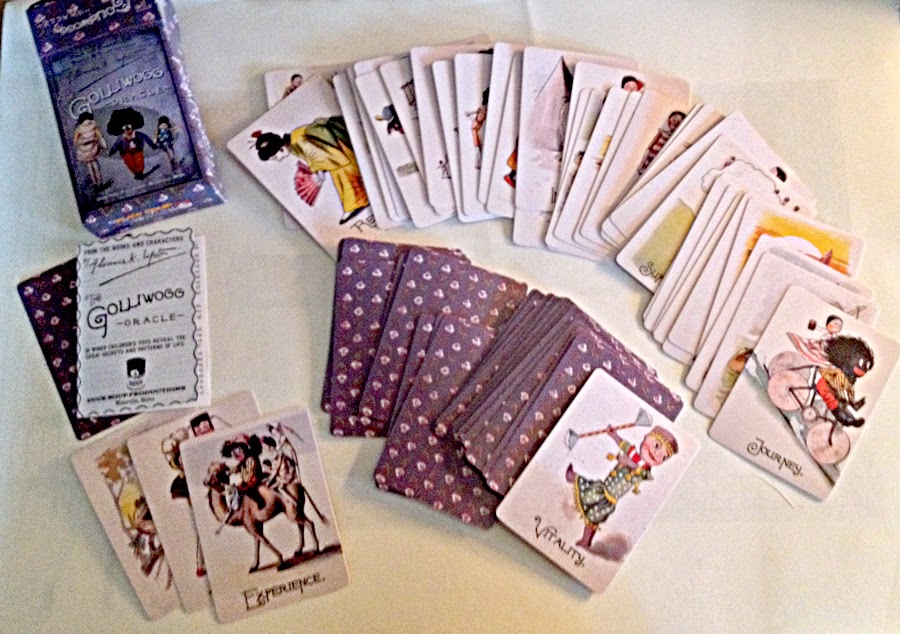 Every card features a vintage image by Florence K. Upton, paired with a "keyword" to guide you in your readings. Some of the images are derived from the original card game, while a significant number of others have been taken direct from the books. 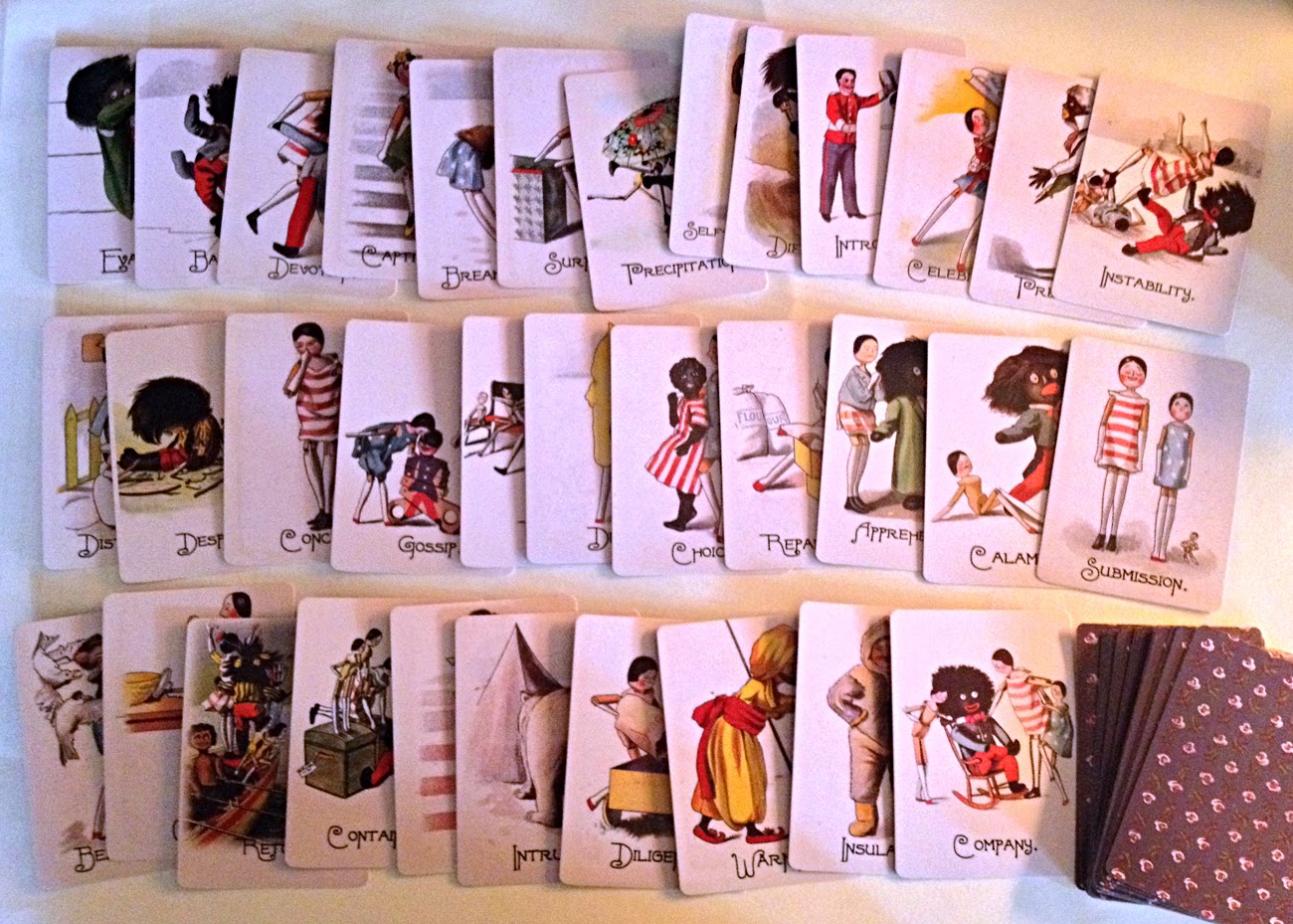 Florence Upton never portrayed Mister Golliwogg as anything other than an admirable and heroic character, and that is how he is represented in this deck. We think that he -- and his other playroom friends, especially including the Dutch Dolls, make excellent and expressive guides for your readings. 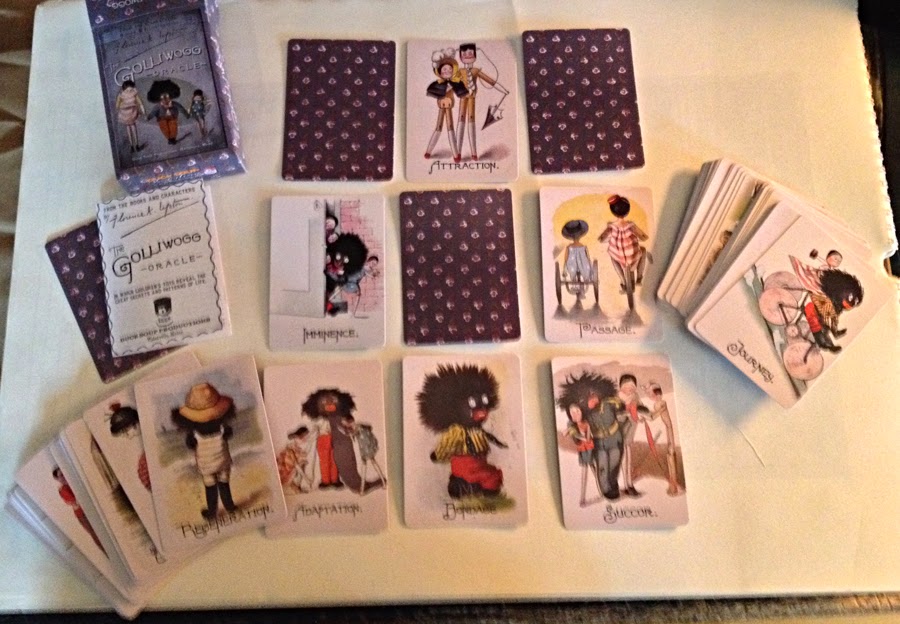 Although not based on any existing oracle system such as the Tarot or Lenormand, we have no reason to believe that "spreads" designed for those systems wouldn't work just as well with The Golliwogg Oracle. In the spirit of children's play, we encourage you to explore and devise your own spreads to work with this deck. 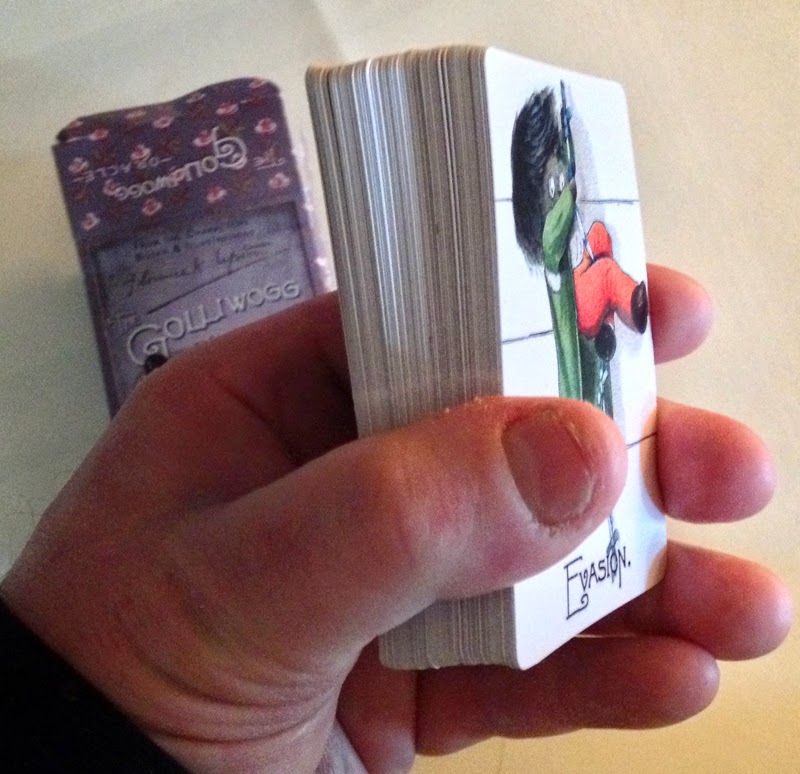 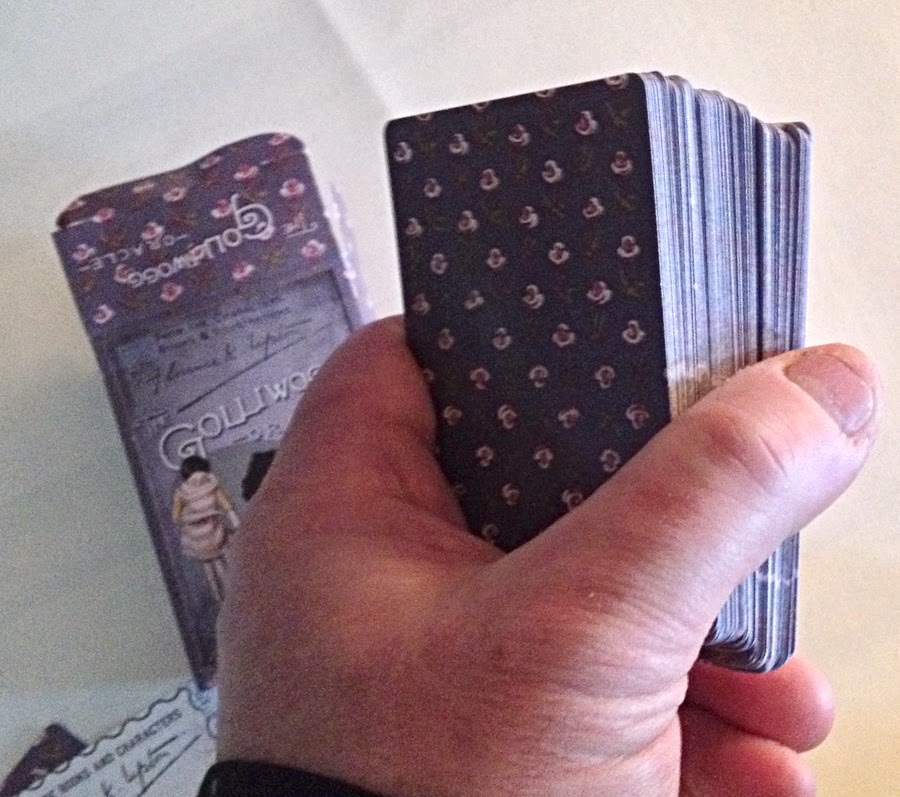 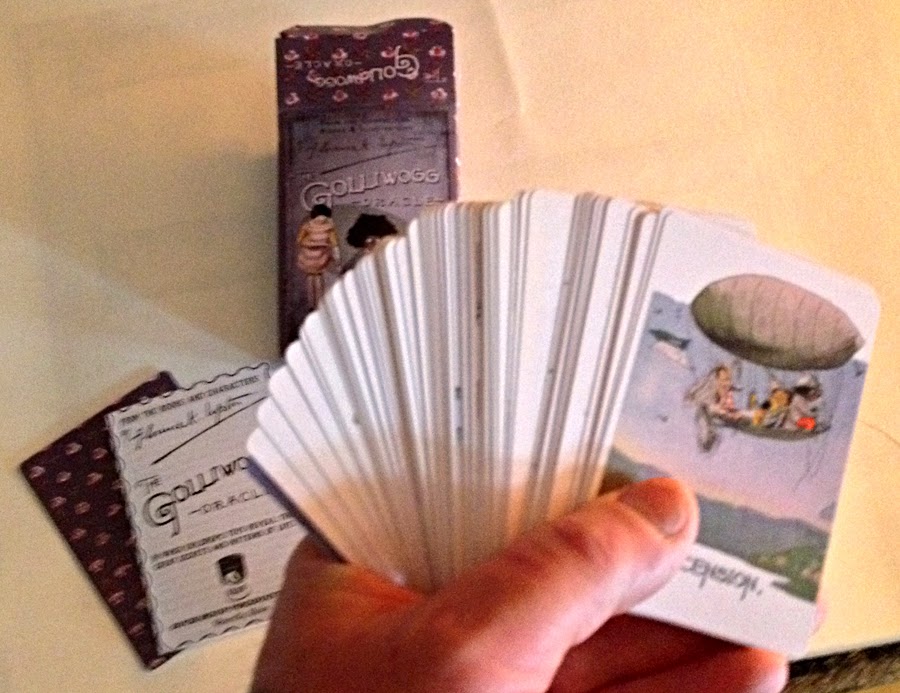 The Golliwogg Oracle is a truly unique deck, alive with vintage charm. As it is being printed on demand, it's available in extremely limited quantities (at this writing, there are only ten copies of this deck in existence!!). It's a deck that no one else in your circle will have, and it's available exclusively here from The Game Crafter. Click on this link to view the ordering page at their site.

Now that I have seen the cards and held them in my hands, I can say whole-heartedly that they have done a beautiful job of the deck's production. It's pricier than it likely would have been if we had manufactured them in a conventional larger run, but we've looked around at a lot of other decks out there and can honestly say that The Golliwogg Oracle is at least as good a value as any of them. 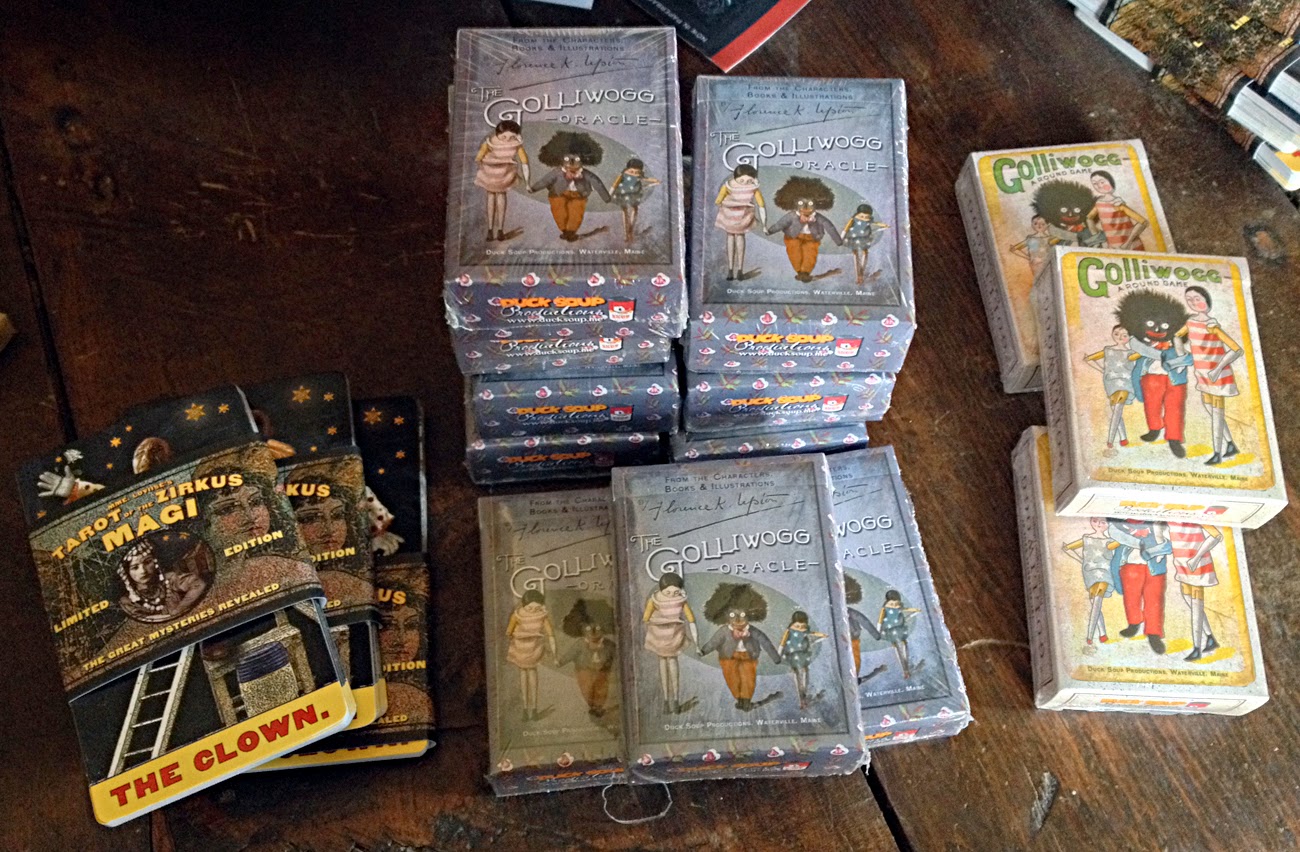 Look Ahead into the Past with The Golliwogg Oracle!